How AI enables rapid response to fires in challenging environments

Camera-based fire and smoke detection can enable early fire notifications in environments where traditional sensors struggle. By sending alarms as soon as flames or smoke is detected this type of technology provides an extra layer of protection for people and valuable assets. In this article we look at the challenges associated with traditional fire detection systems and how cameras and AI can play an important role.

Fire damage is no joke. In best-case scenarios, fires result in devastating and costly damage to valuable assets. In the worst cases, they result in the loss of human life. Either way, a key factor to reducing the extent of the damage is response time.

Traditional fire alarms and smoke detectors are the foundation of any fire-management strategy. In a situation where there is a fire in a residential or commercial building, traditional fire alarms usually enable rapid response by first responders. These are important, tried-and-tested technologies that are critical to protecting people and minimizing damage to assets.

But what about larger, open spaces, like warehouses, schoolyards, or public parks? In these environments, traditional smoke and fire alarms often struggle to provide early detection of flames or smoke, which can lead to disastrous consequences.

A warehouse fire is a typical example where every second counts. Millions of dollars of goods can be destroyed if the source is not dealt with quickly. You don’t want to wait for the building to fill with smoke before taking action.

AI algorithms are trained on thousands of hours of video footage. For fire and smoke detection, they learn to recognize the movement and color patterns consistent with open flames or foggy gases. In fact, modern AI technology has become so accurate that it is able to identify flames before any smoke is even detectable.

This technology should be simple to use. The right systems can easily be added to an existing security system and are also camera agnostic. This means that they can be seamlessly installed on any model of optical camera without compromising performance.

The right AI technology continues to be effective in environments that are susceptible to weather disturbances, such as schoolyards or public parks. In these cases, it’s important that the algorithm can differentiate fire and smoke from fog, clouds, or flashing lights. This drastically reduces the number of false alarms sent to operators and first responders.

Why not just use thermal cameras?

Thermal cameras can effectively be used as fire-detection devices. They alert users of increases in temperature. If an object has reached a certain temperature threshold that could result in a fire or meltdown of equipment an alarm is normally sent. But, in certain cases, there are reasons why thermal cameras may not be the best solution:

Before you spend money on AI fire and smoke detection technology

There are different systems on the market that are tailored to detect fires in different environments. Despite the application, before you buy, make sure to research best practices and common mistakes made when implementing a new AI fire and smoke detection tool.

We recommend that this type of technology is used to complement traditional fire and smoke alarms, rather than replace them. They add an extra layer of fire protection in environments where traditional sensors struggle. The technology can save both lives and millions of dollars in assets.

Example of fire detected in an outdoor environment by Irisity technology 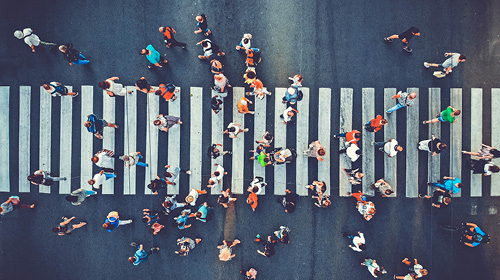 How anonymization technology ensures ethical use of video surveillance

With the ever-growing power of AI, countless hours of video footage are now a wealth of actionable data. However, if put in the wrong hands, this data can also be used for a variety of purposes that extend far beyond safety, security, or efficiency. 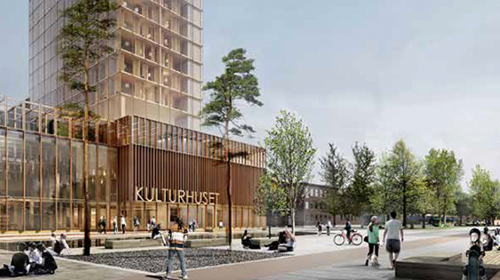 More and more municipalities are applying for permits to install their own security cameras in public places. Skellefteå municipality applied – but did not get approval from the Privacy Protection Authority. Now they are now installing anonymized cameras instead.