Irisity continues its international expansion to Mexico City, with the appointment of Abraham Peniche as Regional Sales Manager for Mexico & NOLA. Peniche brings over a decade of sales and technical experience in security systems, video, and AI applications, previously holding positions of Sales Manager for Genetec and Qognify.

“We are thrilled with the appointment of a well-recognized and accomplished security professional as Abraham Peniche. He strengthens our global sales force with extensive international sales experience from complex technology sales to large organizations”, comments AJ Frazer, Irisity CRO.

To the press release >> 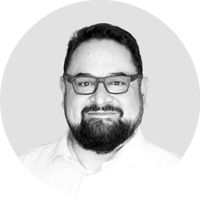 Irisity has signed an MOU with NEXT50, an Abu Dhabi-based technology company

With a change in the law, schools can have more cameras

Read More
Back to News & Press